Second project with my Mauna Kea Client, who ended our previous work on another nearby residence when this special and rare opportunity came on the market.  They enthusiastically became the second owner of an early “Hawaiian Contemporary” residence by the locally renowned architect Lucky Bennett—an expansive stucco and wood 5,000 sqft. (livable area) two-story home with six bedrooms and seven baths.

It had been a fairly well-maintained 30-year old residence at time of purchase, but entirely dated with respect to original fixtures and finishes, primarily in the bathrooms and kitchen.  Oddly, for such a well-planned and designed residence, the Master Bedroom wing (1,500 sqft.) itself was cut up, compartmentalized, and stuffy whereas most other areas of the home were open, light-filled, and well-ventilated.

By good fortune, the architect had designed the Master Bedroom wing to be largely contained under a self-supportive structural roof of exposed T&G decking and timber rafters.  Curiously, most of this was covered up by unusually low 7-foot ceilings (with artificial illumination) throughout the bath and dressing areas.  The remodel design removed all the low ceilings to open the entire Bath and Dressing areas to the exposed wood timber volume ceiling—increasing the penetration of natural daylighting and fresh air circulation.

Exterior remodeling focused upon the entry courtyard, which was originally constructed with a centrally placed “chaddar”—a dominating stepped feature containing a water fountain.  One basically gained access to the home's entry by climbing up and over this feature—an obstruction which quickly becomes annoying and impractical on a number of levels.  A new courtyard design called for the chaddar's removal and replacement with a simple tiled fountain in a tiled wide walkway more directly connecting entry gate and entry of the home—and on axis with views southwest to the ocean.

Construction currently in progress with completion in October 2020. 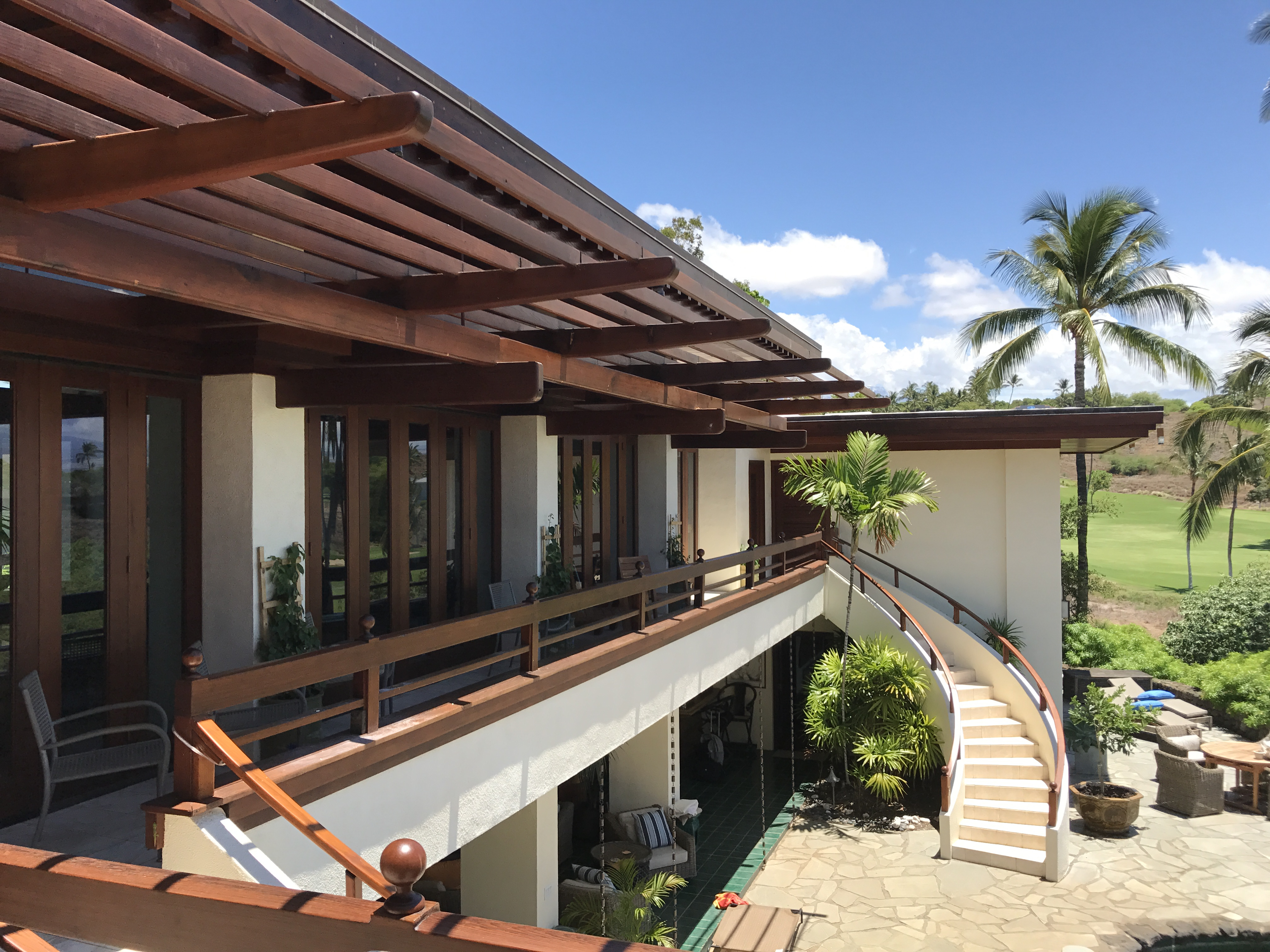 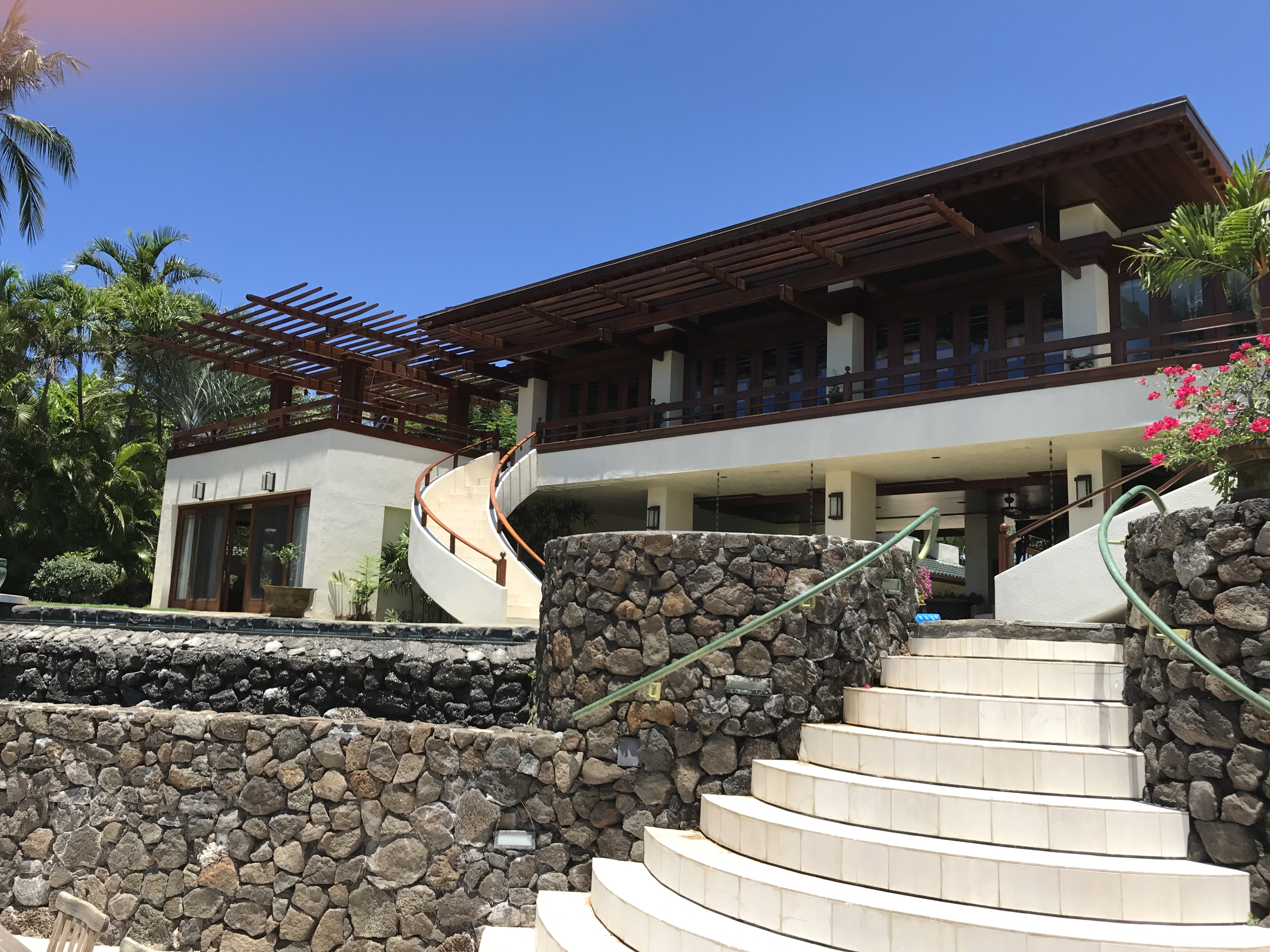 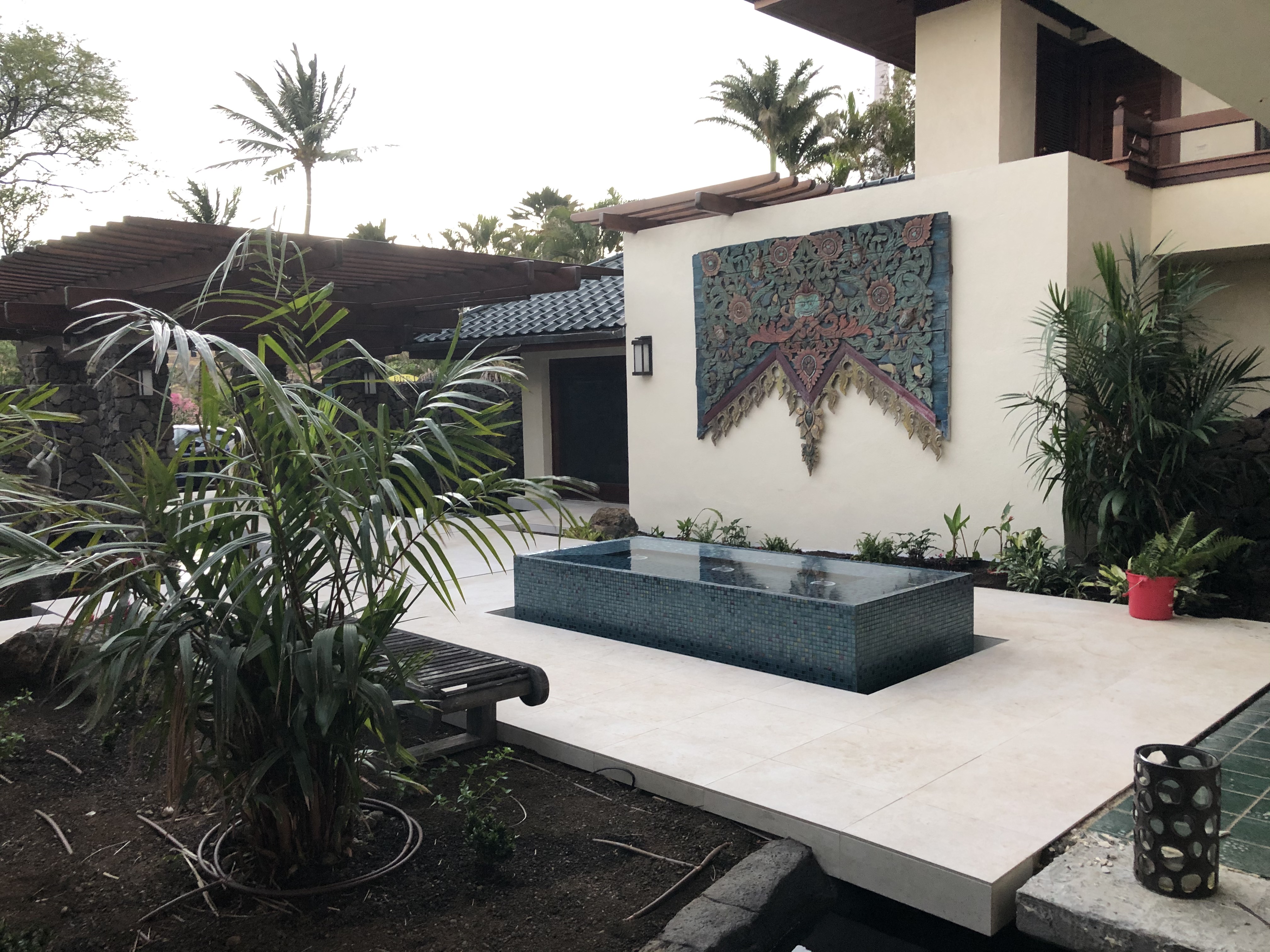